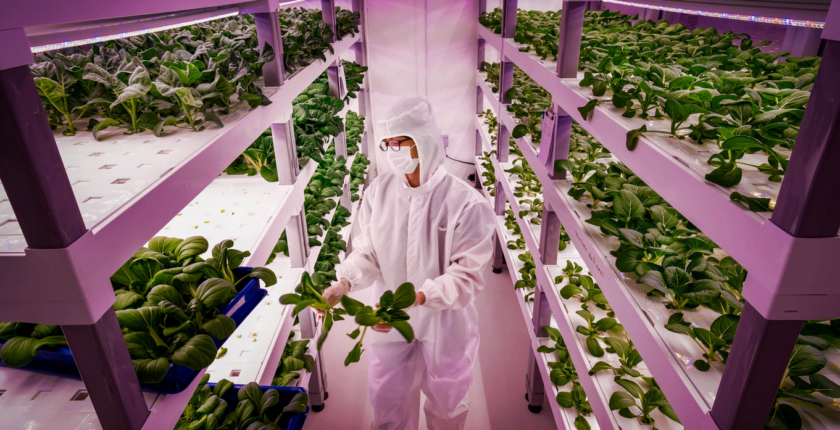 What is Vertical Farming exactly?

Vertical farming is a form of farming in which the food production takes place indoors and many floors are stacked on top of each other.

The vertical farming system was first experimented with in Japan in the 1990s, but it only became popular thanks to the innovations by Dickson Despommier. He suggested that new technology could be used to help grow crops indoors without using any chemicals or pesticides.

Vertical farms create a more sustainable way of life for earth’s population, as they produce crops locally without harming the environment.

What are the Benefits of Vertical Farming?

This type of farming is different from traditional farming in terms of the way it’s carried out. It relies on vertical space instead of horizontal space. It is an innovative way to grow food which can be beneficial to many people. Some benefits include:

-Reducing the use of energy and chemical fertilizers

-More efficient use of resources

How Does Vertical Farming Work?

Vertical farming is the process of growing crops indoors in racks or columns. Plants are grown on a layer of substrate and can be stacked many floors high.

Vertical farming has some benefits that other forms of farming don’t have. For instance, the plants grow without the use of pesticides, herbicides, or synthetic fertilizers which is necessary for conventional farming. This means that it doesn’t produce any chemical waste which can contaminate air and water supplies. Vertical farmers also don’t need to till the land which means they don’t create greenhouse gas emissions from tilling soil or using tractors and other machinery for cultivation activities.

In addition, vertical farms are more productive than traditional farms because they make much better use of sunlight and space indoors than they would outdoors. Vertical farmers also have a higher yield per

Vertical farming is a new and fast-growing profession. It will create many jobs in the agriculture industry and will provide us with fresh produce year round.

The vertical farm’s success largely depends on how it planners its production cycle. The design should anticipate what crops are going to need lots of space, light or water at different points in time.

The Vertical Farming industry has been growing at a rapid speed, and there are many different types of jobs for people to choose from. These include: Farm Manager, Plant Scientist, Organic Farmer, Developer, and many more.

What is doing a Farm Manager in a Vertical Farm?

Farmers have always been a vital part of society. In the 21st century, they have become even more important as the need for food has increased with an ever-increasing population.

Farmers, or “farm managers” in the case of vertical farms, are responsible for cultivating crops to provide fresh produce to consumers. This is a complex job that requires knowledge in many different areas from business management to plant science. While still a demanding job, farm managers in vertical farms are able to do much more than farmers who work in traditional farming methods due to the nature of vertical farming technology and indoor environments.

What is doing a Plant Scientist in a Vertical Farm?

Plant Scientist in vertical farms have an important role. Plant scientists are in charge of the plant life in the farm and ensuring that they stay healthy. This is done by watering, fertilizing, and monitoring plants regularly. They also take care of pests like insects and monitor for diseases.

What is doing a Developer/Software Engineers in a Vertical Farm?

Developer and Software Engineers are responsible for the Technology and the systems to work properly, so everything is controlled and automated. This require high skilled experts as miscalculation of timings, wrong amount of water or wrong nutrition mixture would harm plants and cause losses.

As you can see, vertical farming is a key factor in the future of food production and requires high skilled employees which know how to work with systems in a Vertical Farm. In the next years more vertical farms will raise and more jobs openings will come as the demand for experts raise.

Get ready for this and take courses in our CareerPath to be prepared for new Opportunities.