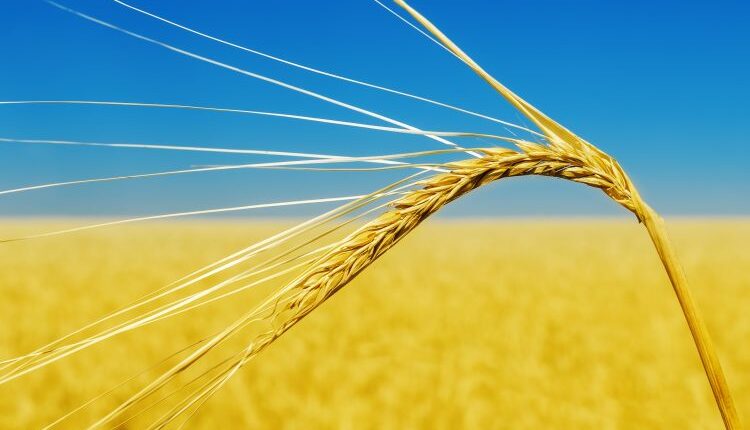 Impact of War in Ukraine on global agriculture

The war in Ukraine has led to a change in the forces of global agriculture. This is because trade routes from Ukraine, which is one of the largest exporters of wheat, have been cut off.

This has led to a shortage of agricultural products in Ukraine. As a result, this has led to an increase in prices and a decrease in supply. The transition of power in agriculture will be long-lasting and will affect global agricultural markets in the coming years. For example, more and more countries will recognize the dependencies of their own supply chains and try to build alternative supply chains, whether by increasing their own production or importing from other countries. Due to the restructuring of supply chains and production dependencies, famine can no longer be ruled out in the coming years.

Ukraine – The breadbasket of the world

As Ukraine is the breadbasket of the world, the war there is of global significance; many African countries source wheat from Ukraine, 50% of sunflower oil production comes from Ukraine, and another 27% from Russia. This conflict shows how fragile supply chains can be. But it is not only on-site production that is inhibited; logistics also suffer. Due to dumping wages, many truck drivers were employed in Europe from Ukraine, some of whom are now missing due to the war, because many men have gone back to Ukraine to defend their country there.

This situation, probably unprecedented for decades, shows how dangerous a war on the other side of the world can be and how it can affect you.

Through trade embargoes against Russia, which many countries have joined to show their opposition to Russia’s attack on Ukraine, Russia has restricted or temporarily suspended exports of raw materials.

Many African countries depend on food imports from Russia and Ukraine. North Africa is the most dependent, but Nigeria, Sudan, Kenya and South Africa also import wheat and other staples from the two countries. Food prices were already at a 10-year high before the Russian invasion, as a result of disruptions to food production and supply chains caused by climate change and Covid-19, Agra said. — Source: Research Professional News

The war in Ukraine will have a particular impact on price development; prices have already risen sharply as a result of Corona, supply bottlenecks, loss of supplies and materials, and short-time working; there will be no relief for consumers due to rising inflation and stagnation of the economy.

What solution can there be?

Vertical farming is a type of agriculture that has become more and more developed in recent years and is commercially successful. It is a system that can produce more food with fewer resources and space. Vertical Farming is a solution for countries like Ukraine where the supply chain has been disrupted by war. So it provides local food security in times of war.

The agricultural industry has always been one of the hardest hit industries during wars. This is because the country’s infrastructure, including its food production systems, is usually destroyed. Vertical farming helps solve this problem by providing an alternative way to produce food for the population.

This means that this type of farming can be used to grow food in areas where traditional farming is not possible or temporarily impossible because the land has been destroyed by war or other factors.

There is a possibility that vertical farming will become a major player in the agricultural industry. The industry is already booming, but will continue to grow as war and hunger continue to spread. The need for more food will increase, whether due to population growth, increased interest in quality food, the advance of climate change, or increasingly frequent natural disasters.

How the war in Ukraine affects agricultural production worldwide

Ukraine is one of the world’s largest exporters of wheat, corn and sugar. The war has taken a toll on its agricultural industry as many farmers have fled the country. The world is already facing, or will face in a few months, food shortages and high prices for these products.

War-related changes in crop production are the result of the economic and social pressures that accompany war. The agricultural sector is not immune to these pressures and is greatly affected by wars.

Some of the changes occurring or already occurring are:

Conclusion and future prospects for agriculture: the effectiveness of vertical farming.

The main idea behind this type of farming is to grow crops in vertically stacked layers inside a building instead of outdoors. Vertical Farming offers many benefits such as:

Thus, by building racks for growing crops relatively quickly, and repurposing warehouses for production, it is possible to increase local production and reduce dependencies. Although wheat and corn are currently less suitable for commercial indoor cultivation, there has already been success in growing potatoes in aeroponics.